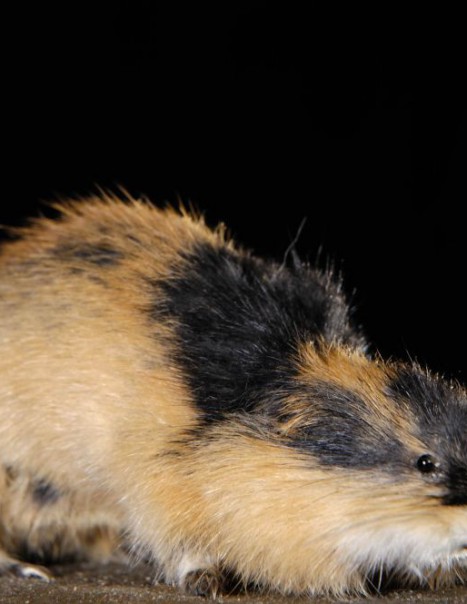 Lemming is a name for different small rodent that usually live in the Arctic, in tundra biomes.
This is a mammal known for its significant migration in the Boreal regions.

Lemming weighs about 100 g and its size can vary from 7 to 15 cm. It has a thick and soft fur and a very short tail.

They are herbivores and feed on leaves and shoots, herbs, roots and bulbs. Sometimes they swallow caterpillars or larvae. Like other rodents, their incisors continuously grow back, allowing them to feed on plants with hard rod.

They do not hibernate, they survive by scraping the snow to get the grass cut that they have previously stored. These are by nature solitary animals: they seek a partner to breed and then return to their own habits, they reproduce at a high rate and multiply quickly when food is abundant.

Their population has periodic peaks, causing them to disperse across the tundra to find food and shelter. It is unclear why lemming populations fluctuate as much about every four years, than it collapses to almost the extinction. Their behavior and appearance is very different from other rodents, whose fur is camouflage that allows them to hide from predators. Lemmings, in contrast, have a colorful fur, and behave aggressively against their predators.