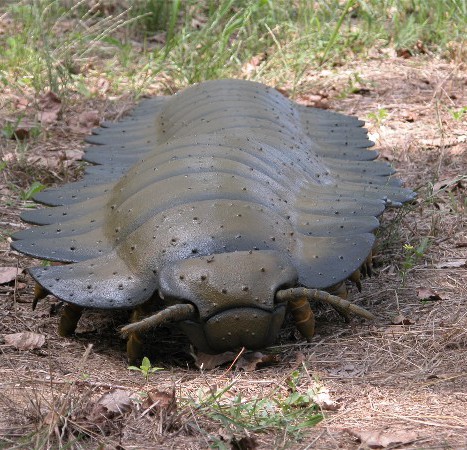 Arthropleura – Arthropode
The Arthropleura was a prehistoric cousin o Myriapoda, he has lived there between 340 and 280 million years, in a continent that no longer exists.

It was discovered fossils in Europe and America, continents that were formed much later, from the rocks of the old Laurussia.

It measured up to 2.60 meters long, making it one of the largest arthropod of all time.

He is particularly known for its fossilized traces: its many legs have left their footprints in the mud, which solidified to form rocks in which you can still see the traces today.

If it was long believed that it was carnivorous, today we know that it was actually a herbivore that ate ferns, plants common to the “Carboniferous” region he came from; were found radicals and traces of spores in their gut.