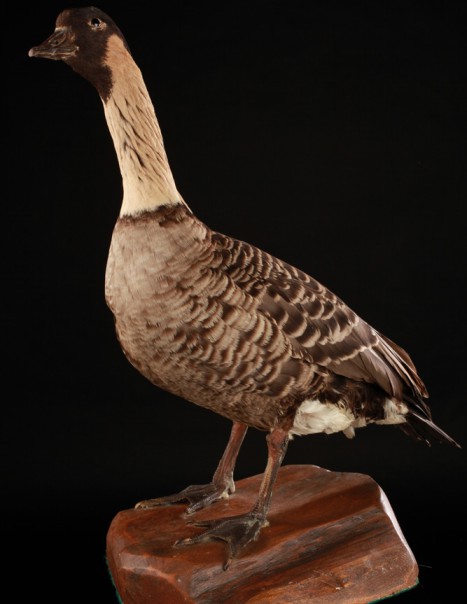 The nene, also known as néné or Hawaian goose, is the land goose species.

It measures between 56 and 71 cm. It wears a black mask from its throat onto its head and neck, imprisoning eyes. Its beak is short and grayish with a yellowish throat. The rest of the body is pale brown and sprinkled with white. The tail feathers are darker, the white rump and upper thighs is surrounded by a band of black feathers. Semi webbed feet are greyish.

The Nene is from the Hawaiian Islands where it attends the slopes of volcanoes in sparse vegetation. It is a sedentary species. It is suitable for climbing on slopes of rocks with reduced webbing legs and strong claws.

These birds make up only during moulting. This species was saved from extinction by captive breeding and with the fight against predators. All these precautions have reduced the wild population to more than a thousand individuals through releases of captive-bred birds. Their conservation status remains vulnerable.