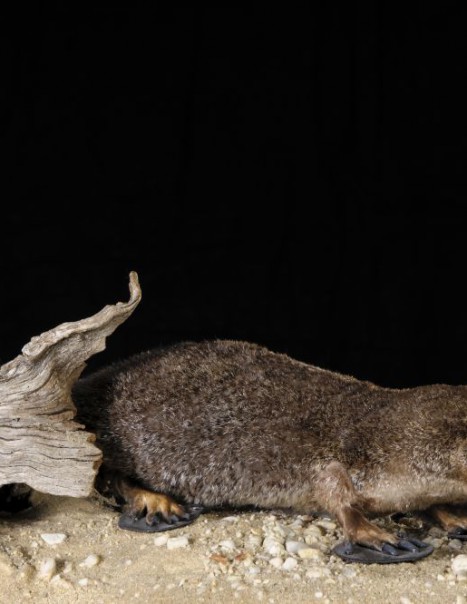 The five species of the order of monotremes lay eggs instead of giving birth, the platypus is part of it.
The platypus has many similarities with other animals without being part of their categories. Its spout resembles that of a duck. It has a flat tail like the beaver. Instead of walking on legs, it has fins. In addition, it is a mammal that lays as a reptile. As the birds, it has only one hole for both breeding and disposal of excreta. Its fur is very silky. It is brown almost orange.This is a semi-aquatic animals. Moreover, it spends most of its time in the water where it also hides from danger. Underwater, eyes, nostrils and ears are closed. It captures the movements using electro-receptors. It hides its prey in a pocket in the cheek to fulfill its reservation before rising to the surface.

Most of its foods are found in the water. There are, among others, crayfish, mussels, trout eggs, tadpoles, shrimp, fish, etc. Its carnivore also hunts dragonflies, flies, mayflies and earthworms. It lives mostly at night away from observation. It does not present a form of hierarchical society.

Between the months of August and October is the season of love. Males fight to have more females. The female swim next to the male to encourage him to act. She then digs a burrow for hatching eggs and nurse their young. She incubates 10 days and breastfeeds for 4 months.

It deals mainly with the coasts of Australia. The State of Queensland, the New South Gale and Victoria harbor. This also exists on the island of Tasmania.