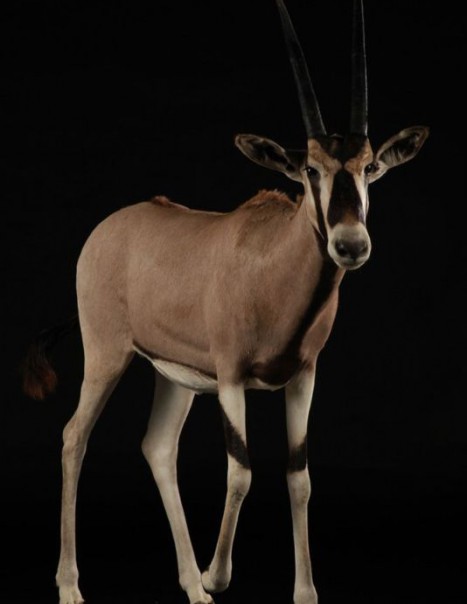 Also called Beisa, the east African oryx, is an antelope.

It is recognizable by the color of its fawn dress on the body, white belly, dark horizontal band at the edge of the sides and the belly, previous top encircled by a dark band that goes back into the neck, black bands along the muzzle and eyes and a white muzzle end.Two long and thin horns, slightly curved, which can easily reach over a meter in length.

Beisa is found in savannas, steppes and semi-deserts in Africa, Djibouti, Ethiopia, Somalia, Tanzania and Kenya.

These herbivores live in herds of 5 to 40 individuals, with a point guard in the head and an alpha male to monitor the rear of the herd. They feed on grasses, leaves, fruits and buds.

A race can and reach speeds of 65 km/h on average, with peaks of 90 km/h over short distances.

The duration of the gestation 280 days, the female gives birth to only one young. Old males are solitary.