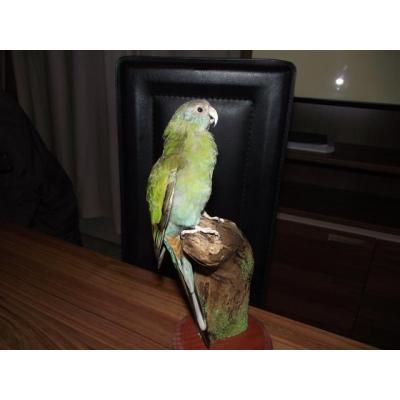 The Red-rumped Parrot is represented by two subspecies.

The plumage of the male has a dominant emerald green with yellow belly, red tail and light blue wings and upper back.

The female has a less showy plumage with almost yellow chest, olive green belly and dark green wings and back.

This species is very common in south-eastern Australia. It lives in sparsely wooded areas near water but not in coastal areas. They are found in suburban and urban parks.

It feeds on seeds, grasses and herbs found on the floor where it spends most of his time. It also eats fruits, berries and nectar.

It nests in hollow trees.