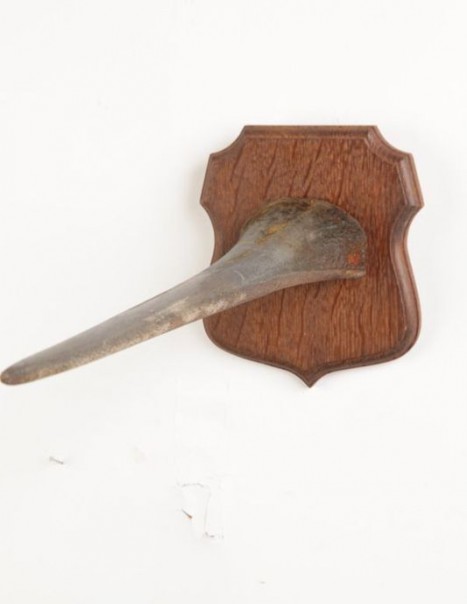 The swordfish is a pelagic fish from tropical temperate seas.

It can exceed 4 m long and weigh more than 500 kg. It has a long beak called the rostrum rather flattened representing one third of the total length of the animal. Swordfish feed on squid and fish. It can reach 90 km/h or 24m/s speed.

Elongated, cylindrical shape, swordfish is easily recognized by its very long rostre.  This attribute gives it likeness air with the Marlins even if their physiology is quite different and do not belong to the same family.

It has no teeth and scales, its eye is very large, in accordance with its mainly nocturnal predation and tendency to go lower than marlins in the water column. Its color varies from dark brown on the dorsal part, lighter brown on the underside. Its fins are brown or black.

Life expectancy is 10 years but can be up to 15 years.

It has a special organ near the eyes that allows it to warm up the eyes and brain of 10 to 15°C above the water temperature. This warming would greatly improve their vision and predation. Such a mechanism is identified on a few species of fish, like marlin, tuna and some sharks.

As often with large pelagics is predisposed to fast swimming, however, unlike other tunas, swordfish has a higher percentage of white muscle, which makes it more suitable for bursts of speed. In adulthood .This predator is using its expanded vision to hunt their prey at night as well as day.