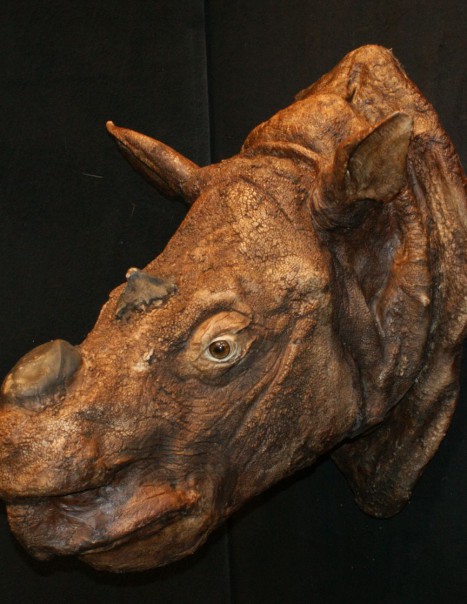 All the moldings have been done on real species.

The Sumatran rhinoceros is a rare member of the Rhinocerotidae family and one of five extant rhinoceroses.

It is the smallest rhinoceros, although it is still a large mammal. Like both African species, it has two horns; the larger is the nasal horn while the other horn is typically a stub. A coat of reddish-brown hair covers most of the Sumatran rhino’s body.

The Sumatran rhino is a solitary animal except for courtship and offspring-rearing. It is the most vocal rhino species and it also communicates through marking soil with its feet, twisting saplings into patterns and leaving excrement.

Their numbers are difficult to determine because they are solitary animals that are widely scattered across their range but they are estimated to number fewer than 100. They are now critically endangered.