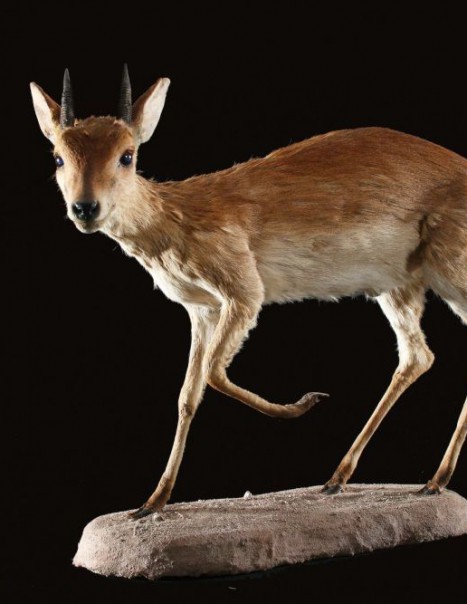 Suni Antelope Zanzibar – Neotragus moschatus
This animal is an antelope, mainly diurnal, but is active in the morning and evening.
It likes dry ground in thickets, but also the banks of rivers, it attends the reed beds, forests, mountains up to over 2700 m. Solitary or in pairs, sometimes it forms small groups.Its scientific name derives from glands of strong musky odor beneath the eyes which are very developed, because their secretion spreads a strong smell that man can perceive it.

There are five subspecies of Sunis: in one, the largest and most highly colored flanks and legs are dark red. Another contrast is very clear. This antelope is on the African continent, Zanzibar, on different islands.

They eat leaves, buds, shoots, mushrooms, fallen fruit and herbs. It is able to stay without drinking because its food provides sufficient moisture.

Its enemies are all large carnivores whether mammals or birds. In case of danger, it launches acute wheezing.