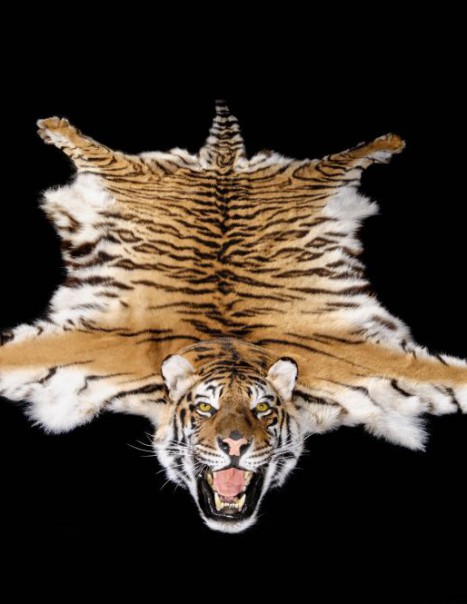 We realize a wide range of animal hides.

The most popular are zebra carpets , but we can also realize them with more rarer skins as tiger or cheetah.

Those rugs  can be made with or without felt.

pregnant females and young. It sometimes attacks the porcupines but if the quills lodge in their paws, tiger may die