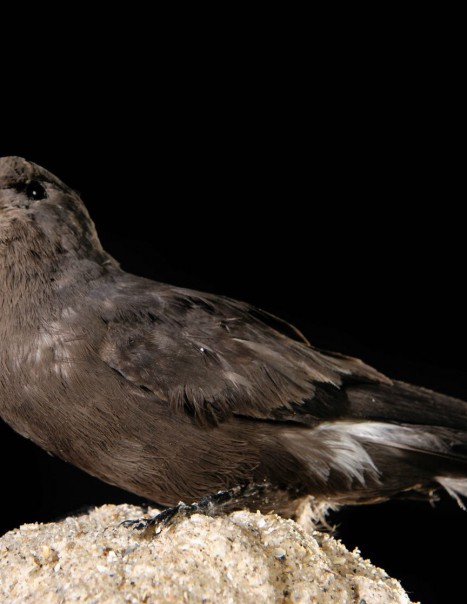 The Wilson’s storm petrel is a species of small very abundant seabirds in the Atlantic and Antarctica.

It nests and migrate north during the austral winter. It feeds on small crustaceans and small squid that mark with its nose in the wake of fishing boats and whales. It has a powerful smell. It can dive to catch prey, less than one meter.

During the breeding season, they spend the day at sea and return at night to feed the young.

This is the bird that has the longest migration circuit in July and August, it flies to the Arctic to feed and in December and January, it returns to Antarctica to breed enjoying southern summer, making it nearly 40.000 km to go a year, the equivalent as the crow flies from a world tour.