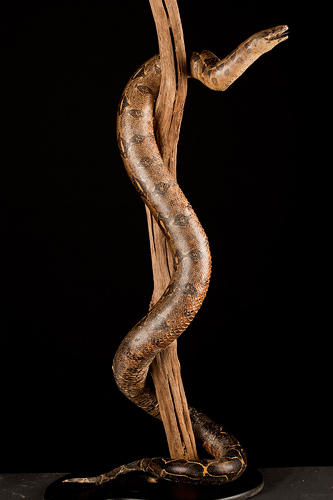 The boa constrictor belongs to the Boidae family.

It is a species of large, heavy-bodied snake living in the tropical forests of South America, Central America and the Caribbean and in southern North America.

This carnivore eats live prey captured by smothering it in its folds. They feed on small animals: rodents, bats, birds, large lizards. The older and larger specimens may attack occasionally larger mammals such as the ocelot.

It is nocturnal and can live between 20 and 40 years.

It can live in captivity and even adopted as a pet, but the right to detention depends on local legislation.