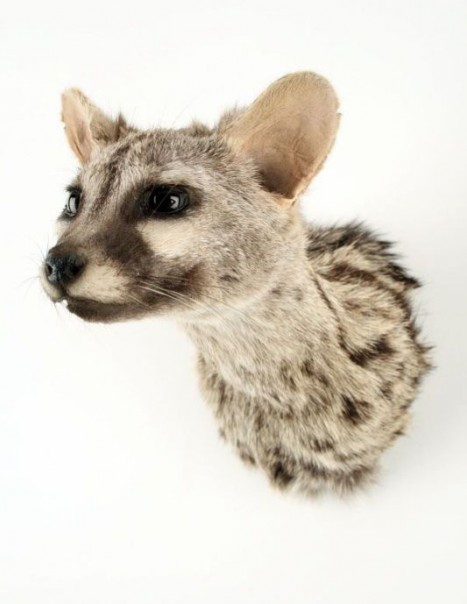 The common genet is also known as the small-spotted genet or European genet.

There are fourteen species of genet.

Common genets are classified in the Viverridae family which includes civets and genets . Genets are smaller than civets.

Common genets are found throughout Africa, parts of the Middle East and in Europe.

The common genet has a pale grey and black spotted coat, with a long striped tail. Young are darker grey. The fur is dense and soft, and the coat is pale grey, with numerous black markings. The back and flanks are marked with about five rows of black spots and a long black stripe runs along the middle of the back from the shoulders to the rump. There is also a black stripe on the forehead, and dark patches beneath the eyes, which are offset against the white fur of the chin and throat. The tail is striped, with eight to thirteen rings along its length.