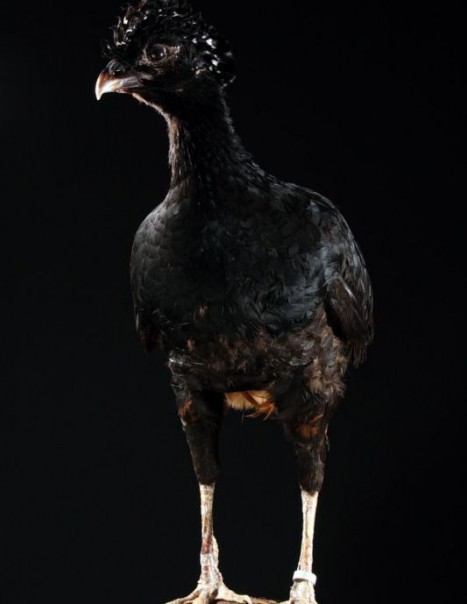 The red-billed curassow, also know as Hocco Blumenbach, is a bird of the Cracidae family.

It feeds in trees or on the ground, fruits, nuts, seeds, leaves and small invertebrates. It nests in the trees and the incubation period of the eggs is 28 days.

Its natural habitat is the forests and the edge of rivers, in forest-Atlantic, in the Bay of Baya in Brazil.

Its species is threatened by the destruction and fragmentation of its habitat.