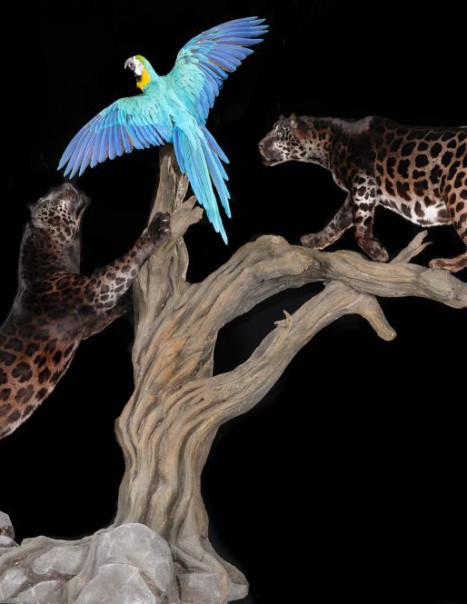 Black Jaguar – Panthera onca
The black jaguar is a jaguar reached melanism.
Jaguar is the only Pantherinae of America’s third-largest feline current after the lion and the tiger, is one of the great scientific least known predator.
A melanistic jaguar is a color morph which occurs at about 6% frequency in populations.

The black morph is less common than the spotted form but, at about six percent of the population, it is several orders of magnitude above the rate of mutation. Hence, it is being supported by selection. Some evidence indicates the melanism allele is dominant. The black form may be an example of heterozygote advantage ; breeding in captivity is not yet conclusive on this.

Melanistic jaguars are informally known as black panthers but (as with all forms of polymorphism) they do not form a separate species.